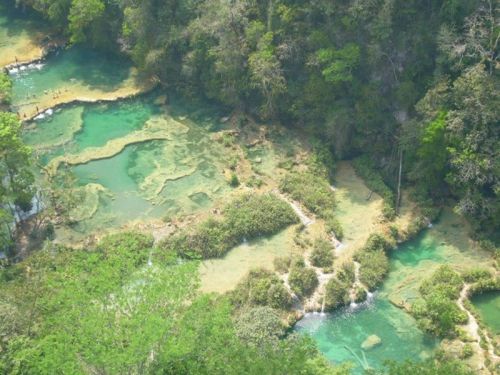 The decision to backpack around Guatemala was a surprisingly quick one. My best friend and I had batted around the idea of traveling internationally to celebrate turning 30. The intent was real, but the discussions were vague, until one day she received a text from me.

Four months later, I departed from Lexington, Kentucky, and she from Fort Lauderdale, Florida, and we arrived around the same early afternoon time at La Aurora International Airport in Guatemala City to begin 10 days of backpacking around the country.

The night before, the question “What have I done?” sprinted through my head.

My 12-year-old L.L. Bean backpack was stuffed with just enough to sustain me. (Once home and unpacked, I proudly realized I had packed two shirts too many.) I registered our trip online with the U.S. Department of State and emailed pictures of my passport and credit card to my most level-headed friend.

However, I hadn’t brushed up on my Spanish nor had I done a recent Google news search on the country. My public-library borrowed Frommer’s Guatemala was only halfway read. And while I’m normally able to effectively shut out my father’s isolationist commentary, his concise voicemail from a few weeks ago reared its ugly head in my own: “Did you know that Guatemala borders Mexico?!”